How Indie Brokerages are Using Technology to Survive - Inman

The New York City-based agent spent years as an executive at firms including Douglas Elliman and Town Residential, where she interfaced with still other well-known brands such as Sotheby’s and NRT. She grew her companies’ footprints and digitized their operations. But each time she went into the office she noticed a sea of empty desks. Everyone, she recalled, was working remotely.

So when Serifovic launched her own brokerage, Luxian International Realty, she made a radical cost-saving decision: her business would be virtual, with no desks, no physical space, and no rent. 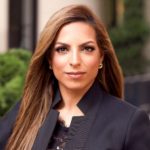 “It’s just a new way of living,” Serifovic told Inman. “It’s just so efficient to not have to go to an office. Why waste time going to a place when you can work from your phone? And if someone wants to sell with me, I don’t have to take resources and put them toward rent.”

Serifovic is among a number of leaders at independent and smaller brokerages who are carving out unique niches in the industry using technology. The brokerages may lack the institutional muscle of the major franchises or the endless capital from Silicon Valley, but their bootstrapping innovations are nevertheless winning them listings and offering a model for independent players hoping to survive a rapidly changing industry.

Luxian International Realty just launched last week, after Serifovic spent a year researching how to best create a virtual office space that would give her access to things like collaboration tools, email, chatting and other features. During that process, she also decided she needed a unique approach to privacy, which led her to another emerging trend in technology: blockchain.

Blockchain functions as a virtual ledger and is best known for underlying cryptocurrencies like Bitcoin. The technology has opened up new ways to introduce anonymity to all sorts of financial transactions, which is an appealing feature for the kinds of clients — people who might call on their agent to help book a private jet or Lamborghini — that Serifovic is dealing with.

“A lot of our clients are in the sports and entertainment industry,” she explained. “It’s very focused on privacy and my number one mission is to protect them.”

Blockchain, Serifovic added, allows her to offer those protections in a way no other technology can.

While Serifovic’s company is just getting started, Mike Hickman’s has been around for decades. Hickman serves as the president and CEO of Seven Gables, a brokerage with more than 400 agents in Southern California. It’s a different size, scope and market, than what Serifovic is doing, but Hickman said that in his case, too, technology has been key to thriving in an industry increasingly dominated by massive companies. 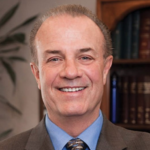 “We’re being assailed by fantastic companies,” Hickman told Inman. “But we don’t have that kind of money so it takes ingenuity to make our firm work.”

Seven Gables has built several different tech tools. One of those tools, dubbed Perfect Buyer, pours through data to make demographic predictions about the kind of person who might ultimately purchase a property. The brokerage then uses that data to guide decisions related to things like staging or online marketing.

Seven Gables also built a tool called Velocity Marketing, which Hickman said “shows you on a demographic basis where buyers are buying and sellers are selling.” The company’s agents use both Velocity and Perfect Buyer to educate sellers about the market, which Hickman said has helped them repeatedly win listings — even when competing against bigger companies.

We don’t have to say, ‘Well, the market’s not as good,’ we say, ‘Here’s the data,'” Hickman said. “When you can sit down with a seller, they’re really taken aback.”

Thanks in large part to their size and focus, Hickman and  Serifovic have taken different approaches to technology. At Seven Gables, a small group of IT staffers built the company’s software, which is only available to Seven Gables agents. Hickman described that IT team and its work as “absolutely without a doubt the key” to Seven Gables’ success.

But at Luxian International Realty, which right now has just nine staffers, Serifovic decided to buy into existing platforms. Among other tools, she uses Propy, a startup that is trying to use blockchain to pioneer the way real estate transactions are recorded. Finding the company, Serifovic added, gave the fledgling brokerage access to technological tools it could never have built on its own.

“You never build software in house, you always find software and then you plug and play,” she said. “If you build software, by the time you finish it’s obsolete.” 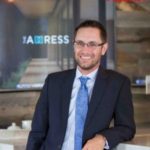 Troy Palmquist has similarly relied on existing platforms for his brokerage, The Address, which operates in the Los Angeles area and currently boasts between 30 and 40 agents.

“It makes no sense to try to go recreate the wheel,” Palmquist told Inman.

Palmquist (who also writes a column for Inman) launchedhis brokerage in 2017 with a unique take on office space, but more recently has been investing heavily in various technologies. About a month ago, for example, he signed up with MoxiWorks, a company that provides everything from coaching to lead tracking to data analysis. Palmquist said he was particularly drawn to the company’s MoxiHub product, an intranet that facilitates communication across a brokerage, as well as the dashboard feature and the customer relationship manager (CRM).

“Their technology is amazing, it’s better than anything I’d ever be able to build,” he added. “To me it was something I saw value in offering to our agents because if I didn’t, the competitor does.”

The Address pays about $3,500 per month to give up to 100 agents access to MoxiWorks’ technology (the brokerage has plans to grow in the near future). Palmquist acknowledged that some independent brokerages, particularly smaller ones, may chafe at the price of advanced technology, but noted that for him it only takes a couple of additional transactions to more than make up for the cost. And, he said, the fact that The Address uses MoxiWorks should be a selling point to other agents.

“We should hopefully be able to recruit against the agents that have gone to Compass,” he added.

The comment was an acknowledgement that indie brokerages are currently up against some significant high-tech muscle. Fueled by waves of Softbank cash, Compass alone is valued at $4.4 billion, for example, and has earned a steady stream of headlines related to its various technology investments.

Palmquist pointed out that other big real estate firms, such as Keller Williams, which now describes itself as a “technology company,” are investing in things like platforms and CRMs as well. But he argued that indie brokerages are really the best-positioned to use technology because they have “the customers’ best interest in mind.” 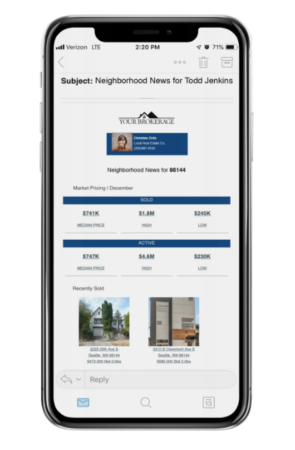 MoxiWorks itself, naturally, agreed that smaller companies ought to be leveraging technology. Asked about what kind of benefits the company’s software offers to smaller brokerages, a MoxiWorks spokesperson told Inman in an email that “they’re able to use the exact same technology that’s in use by some of the biggest and most successful brokerages — many of which are also independents — in the country.”

Of course, MoxiWorks (and other tech providers generally) is also used by large real estate companies, but the spokesperson argued that for smaller independent brokerages the company still “dramatically cuts the cost of putting together a custom tech stack that’s unique to your brokerage and appropriate for your value proposition.”

In Palmquist’s case, MoxiWorks also is only part of the equation. He said his brokerage also uses RealScout‘s data services, for example, as well as Spacio, which provides lead generation solutions that agents can use at open houses. Together, these companies have opened up a fast track for The Address in which it can get access to mature technology without spending years developing it independently. And that, Palmquist added, means his brokerage can spend more putting people in homes.

Back To News
Previous
Next